The idea of #macOSRedTeamingTricks series is to share simple & ready-to-use tricks that may help you during macOS red teaming engagements.

This post is about a funny trick that may help you in achieving initial access on a macOS machine. It requires performing advanced phishing but the code execution with built-in TCC bypass is extremely powerful.

Let’s go to the point. The Script Editor (/System/Applications/Utilities/Script Editor.app) registers an applescript URL handler. It allows passing an Apple Script that can be executed by simply clicking the Play button. 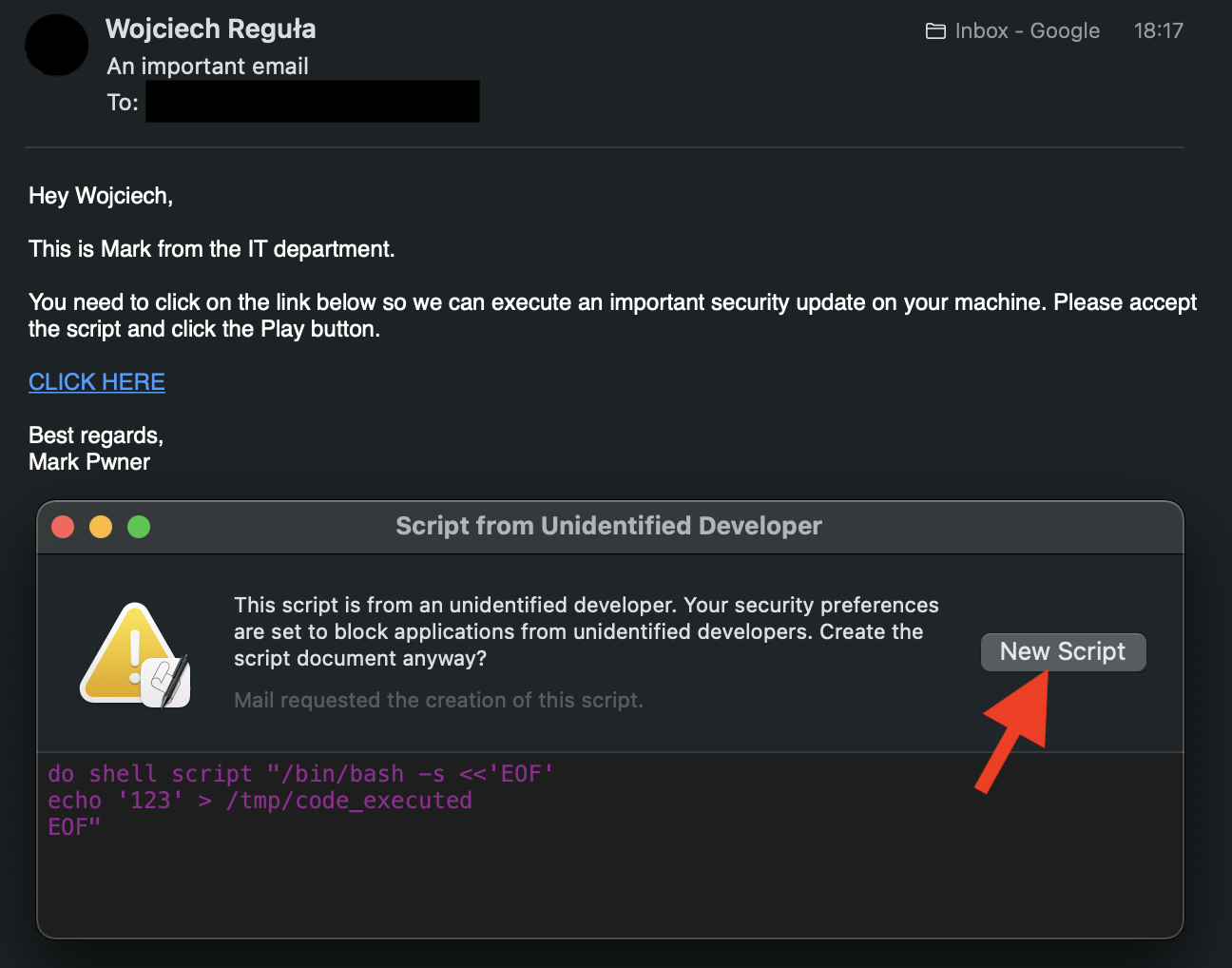 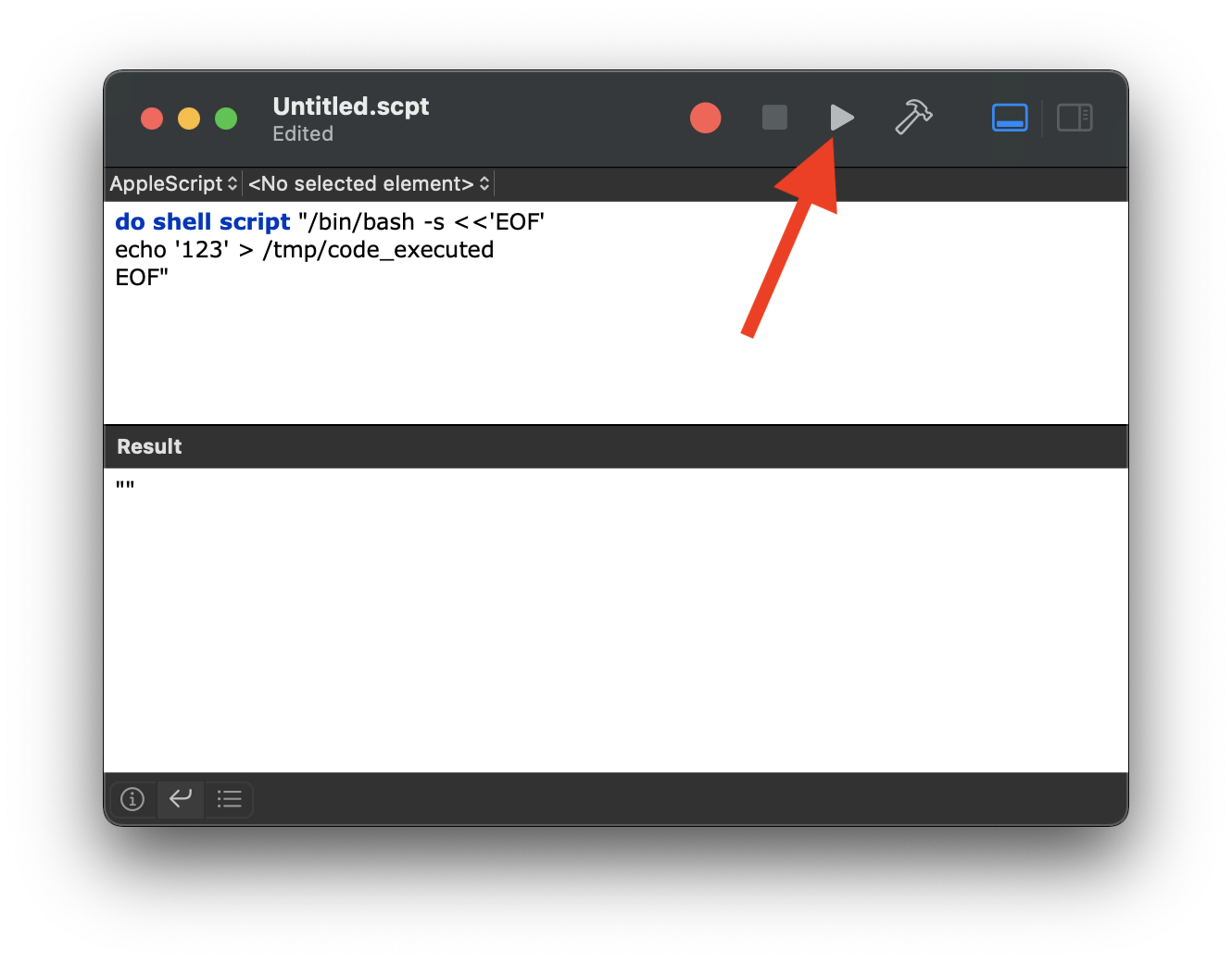 Clicking on the link from the Apple Mail / iMessage doesn’t raise any additional prompt.

Why this trick is so powerful?

How is the TCC bypass possible? Let’s take a look at the Script Editor’s entitlements.